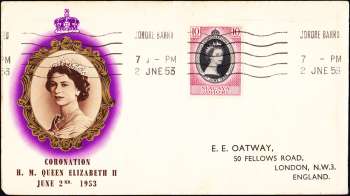 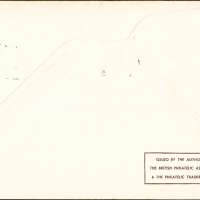 No known official first day known for this commemorative issue. 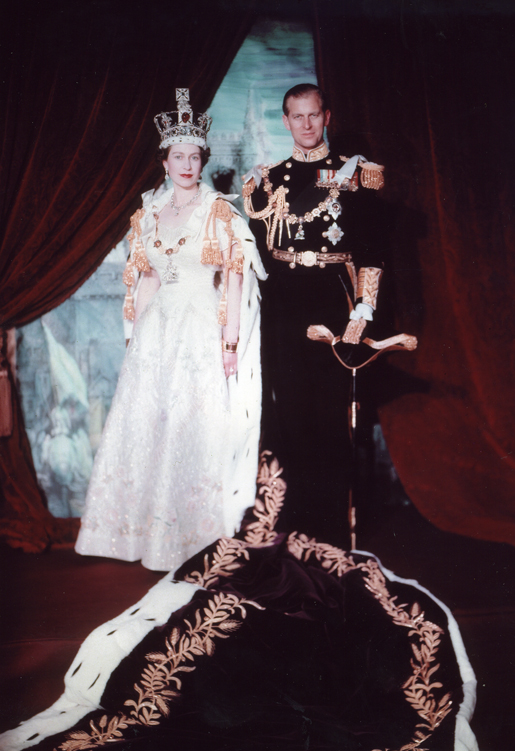 The coronation of Queen Elizabeth II took place on 2 June 1953. Elizabeth ascended the thrones of these countries at age 25, upon the death of her father, King George VI, on 6 February 1952, and was proclaimed queen by her various privy and executive councils shortly afterwards. The coronation was delayed for more than a year because of the tradition that such a festival was inappropriate during the period of mourning that followed the death of the preceding sovereign.