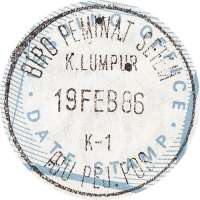 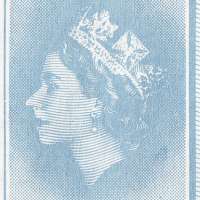 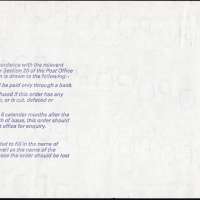 Minor crease in the middle, noted.

The postal order is a direct descendent of the money order, which had been established by a private company in 1792.

Postal orders can be bought and redeemed at post offices in the UK, although a crossed Postal Order must be paid into a bank account. Until April 2006 they came in fixed denominations but due to increased popularity they were redesigned to make them more flexible and secure.

The United Kingdom was the first country in the world to issue postal orders on 1 January 1881. They were the brainchild of the President of the Birmingham Chamber of Commerce, John Skirrow Wright which was to enable poorer people to buy goods and services by post, as they were unlikely to have bank accounts. The rich had bank accounts and could write cheques. A delegation of the Birmingham Chamber went to the annual meeting of Chambers of Commerce in London and John Skirrow Wright presented the idea, complete with all the details on how it would work including all the Postal Order values proposed.

At first London bankers were against the idea, thinking it would affect their businesses, and the idea was rejected. However, eventually the bankers realised that the people who would use postal orders were not their customers and therefore no threat to their business. Consequently, at the Annual Meeting a year later John Skirrow Wright presented the idea again and this time it was accepted and the Postal Order system was started exactly as Skirrow Wright and Birmingham Chamber had proposed.

The use of postal orders (or postal notes in some countries) was extended to most countries that are now part of the British Commonwealth of Nations, plus to a few foreign countries such as Jordan, Egypt and Thailand.