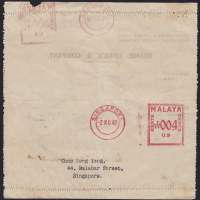 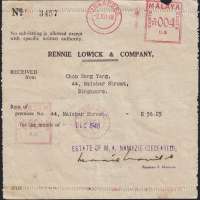 D - British Colony of MALAYA, 1948 - 1963. After Labuan quit the MPU to become part of the British colony of Sabah (North Borneo), the remaining states became the colony of MALAYA in 1948. Stamps of this period are inscribed "MALAYA" alone in the frank.