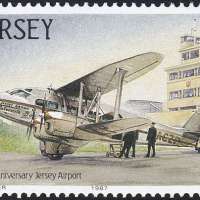 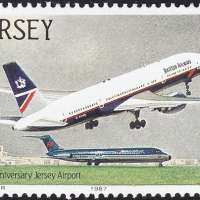 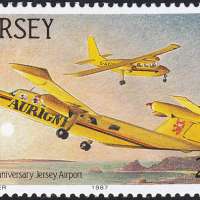 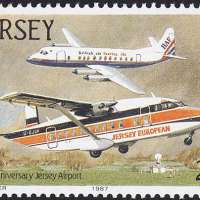 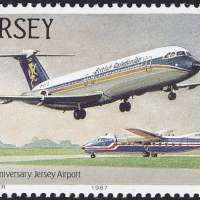 Air service to Jersey before 1937 consisted of biplane airliners and some seaplanes landing on the beach at Saint Aubin bay. Jersey Airways and Imperial Airways were among those who operated to the island before the Second World War, but conditions were difficult as timetables were governed by tides. It was also difficult to prevent members of the public from walking across the landing area, and any aircraft which had mechanical problems had to be dragged up the slipways until the tide receded.

The States of Jersey decided to build an airport which opened on 10 March 1937 with four grass runways, the longest being 2,940 ft (896 m) with a concrete centreline. Concrete taxiways were added during the World War II occupation by the Luftwaffe – they also built hangars, one of which, the Jersey Airlines hangar, is still in existence although no longer used. A 4,200 ft (1,280 m) tarmac runway was opened in 1952 and the grass strips were closed. A feature of the airport in the 1950s was the traffic control system – traffic-lights were in place to prevent vehicles using the road fromLes Quennevais to the Airport when planes were being moved to or from the hangar used by B.E.A.