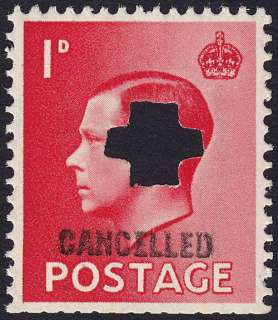 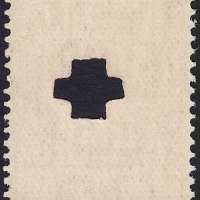 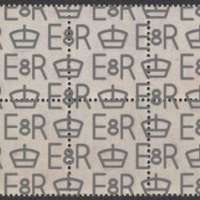 Vertical crease noted, resulted from the puching process as the stamp was folded before being punched.

According to one source, these CANCELLED stamps were believed to have been use for post office training.