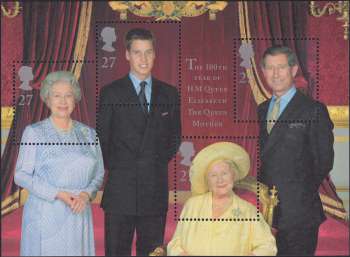 It depicts: For Prince William, this is his first officially depicted on stamp by Royal Mail and for some to consider this was his 18th birthday celebration.