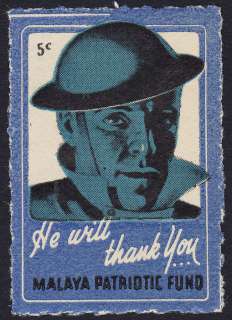 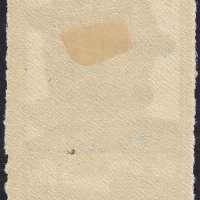 This cinderella was not meant for use as postage payment but was bought as a surcharge to make a voluntary donation towards Malaya Patriotic Fund that supported the effort of defense of Malaya during the World War II.

Four knowns varieties: one without value indicator and three other with different denominations.

Issued in 1940. Exact date of issue is unknown.

In EXCELLENT condition, with original gum.