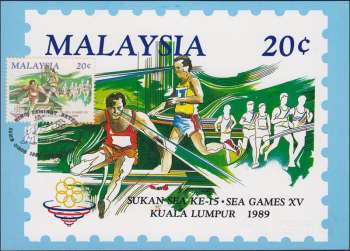 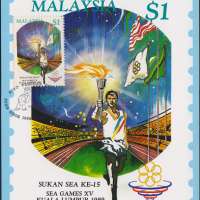 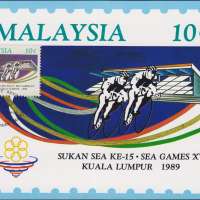 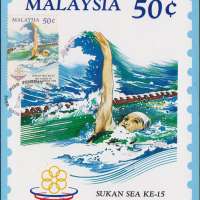 The 15th Southeast Asian Games were held in Kuala Lumpur, Malaysia from 20 August - 31 August 1989. It was officially opened by 9th Yang di-Pertuan Agong, Sultan Azlan Shah. Although Cambodia did not participate, Laos returned to compete for the first time under the new federation name in this edition of the games. A unified Vietnam first participated in the SEA Games in 1989 as well.

Johan, the turtle is among the mascots of the 1989 SEAGames.