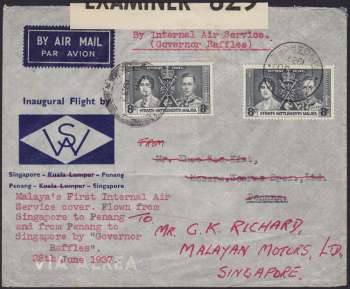 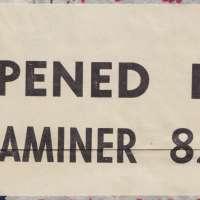 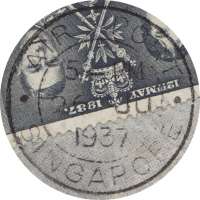 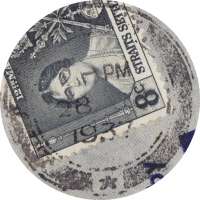 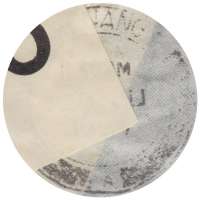 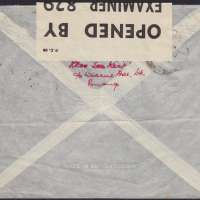 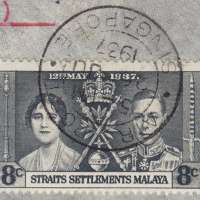 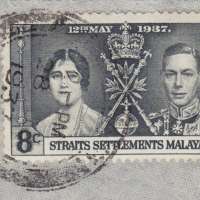 The cover has been slit opened from top, the content was removed and probably was sealed using censorship label upon request.

From Singapore, on the right hand side.

From Penang, on the left hand side.

Upon arrival, postmarked on the reverse

From Penang to Singapore