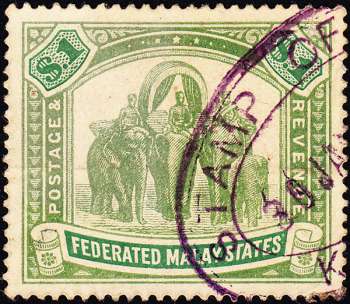 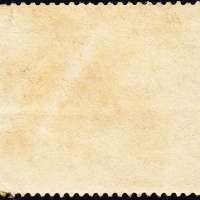 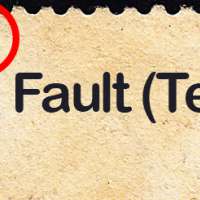 In fine condition, not hinged with with fault: 1mm tear on top-right.

However, the colour on the back is turning brown due to the age.

It was believed this the source photo for the stamp, showing elephants used as transportation in Perak.

The Federated Malay States (FMS) was a federation of four protected states in the Malay Peninsula —Selangor, Perak, Negeri Sembilan and Pahang — established by the British government in 1895, which lasted until 1946, when they, together with the Straits Settlements and the Unfederated Malay States, formed the Malayan Union.