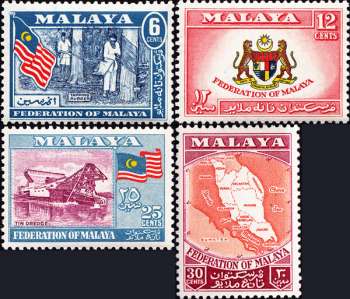 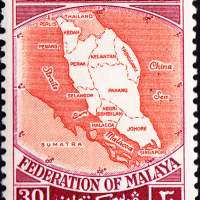 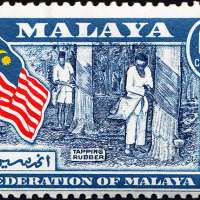 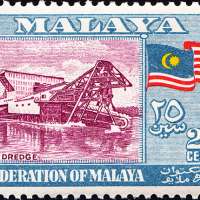 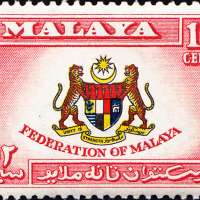 These were the first and the only Definitive Series issued during the short-lived of the Federation. It was in use from 1957 until 1961.

The Federation comprised the nine states of Johore, Pahang, Negri Sembilan, Selangor, Perak, Kedah, Perlis, Kelantan and Trengganu and the settlements of Penang and Malacca.

Malaya joined the Federation of Malaysia in 1963.