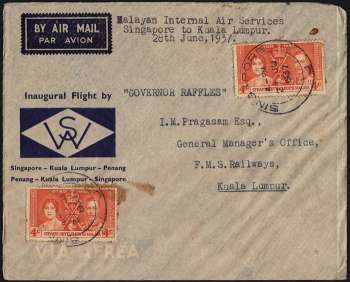 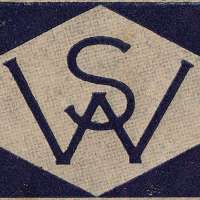 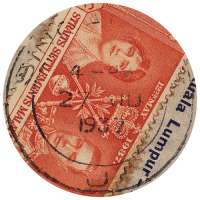 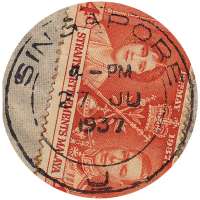 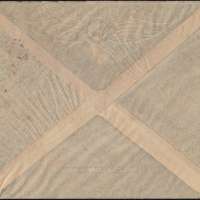 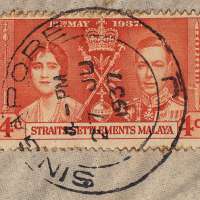 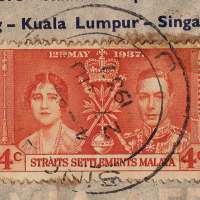 CONTENT: A card is in the cover, but the envelope has never been opened. Therefore the content will remain a mystery.

Cancellation date was 27 June 1937, a day before the actual flight took place. It is assumed it was cancelled in large sums at the General Post Office which was only 3 miles away from Kallang Airport.

Two stamps of 4 cents each tied with one double CDS cancellation on each.