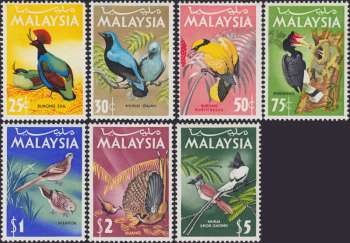 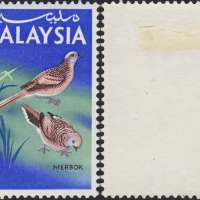 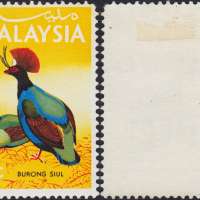 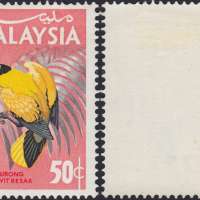 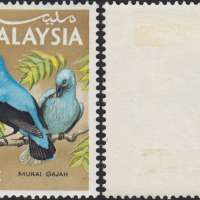 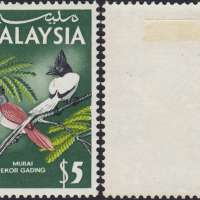 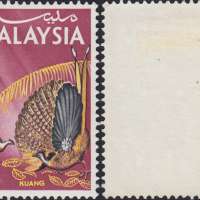 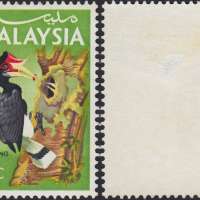 During 1965 Malaysia issued its first definitive stamps. The stamps featured orchids for the State low values and birds for the Malaysia high values. Each State had its own set, identical with the exception of the State name and Rulers portrait or State crest as applicable. The eight high values were printed in portrait format, featuring Malaysian birds, and had 'MALAYSIA' printed on them in place of State names.

Eight values were issued for the medium and high values featuring Malaysian birds. The values were 25 cents, 30 cents, 50 cents, 75 cents, $1, $2, $5 and $10 and were intended for use in any Malaysian State. As with the low values, they were printed in two panes of 100, 10 x 10 with cylinder numbers 1A and 1B for the left and right pane, watermarked 'Multiple PTM upright' perforated 14 1/2. Various proofs exist showing the individual colours and combined up to full colour proofs. In addition, each value was produced on Harrison proof cards in full colour. As with the low values, missing colours can be found on a few values and inverted watermarks on the 25 cents, 30 cents, 50 cents, $1, $2 and $5 values.