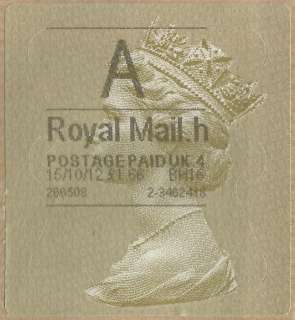 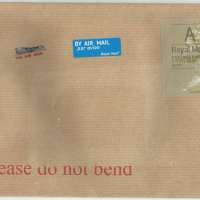 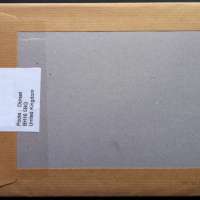 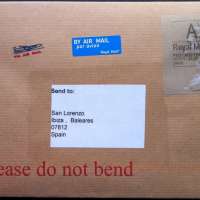 As the addresses were sellotape instead of glued, therefore I have to remove both of the addresses labels for proper conservation.

The hard paper on the back was also removed as to avoid future complication during storage as it leaves vertical impression on the horizon label.

Royal Mail.h : Airmail within EU countries and Signed for.