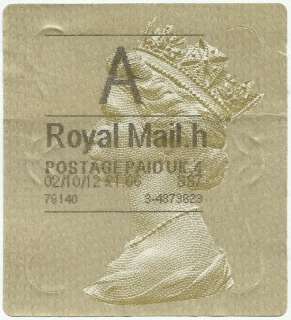 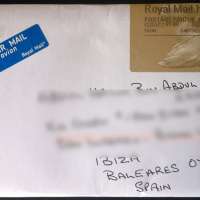 This label was glued onto 114 x 160 mm envelope with selotape used to seal the letter crossing on the back. Therefore as a method of preservation, I need to remove the sellotape and in order to do so has to remove the label first. Despite my precaution, I had a tear on right-top (10 mm down) part. The label was then sticked on the back of the envelope.

The sign of the label has been moved is very visible.

Royal Mail.h : Airmail within EU countries and Signed for.