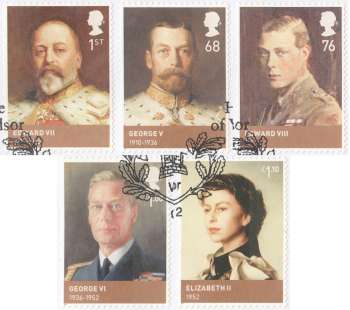 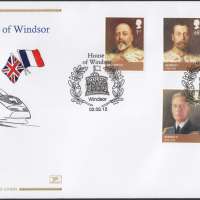 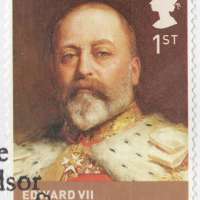 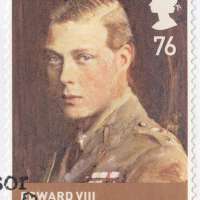 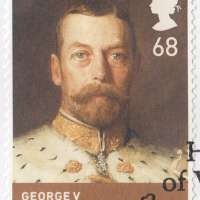 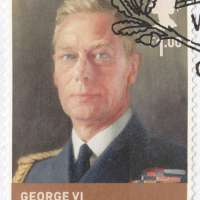 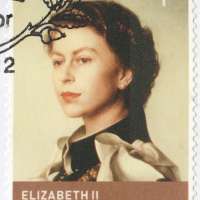 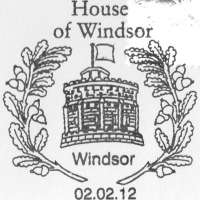 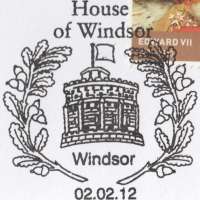 The House of Windsor

Royal Mail's Diamond Jubilee celebrations for Her Majesty the Queen are launched by the first of three special Royal stamp issues on 2 February, 2012.

The House of Windsor Stamps feature the five monarchs from the start of the 20th century. The Queen takes pride of place on the final stamp of Royal Mail’s epic ‘Kings and Queens’ series, marking the 60th year of her reign, the second longest for a British monarch after Queen Victoria.

Edward VII was the first British monarch of the House of Saxe-Coburg-Gotha, which was renamed the House of Windsor by his son, George V. During the widowhood of his mother, Queen Victoria, he was largely excluded from political power and came to personify the fashionable, leisured elite.

George was the first cousin of Tsar Nicholas II of Russia and Kaiser Wilhelm II of Germany. From 1877 until 1891 he served in the Royal Navy. On his father's death in 1910, he succeeded as King-Emperor of the British Empire. He was the only Emperor of India to be present at his own Delhi Durbar

Only months into Edward’s reign, he caused a constitutional crisis by proposing marriage to the American socialite Wallis Simpson, who had divorced her first husband and was seeking a divorce from her second. The prime ministers of the United Kingdom and the Dominions opposed the marriage, arguing that the people would never accept a divorced woman with two living ex-husbands as queen.

As the second son of King George V, he was not expected to inherit the throne and spent his early life in the shadow of his elder brother, Edward. He served in the Royal Navy during World War I, and after the war took on the usual round of public engagements. He married Lady Elizabeth Bowes-Lyon in 1923, and they had two daughters, Elizabeth and Margaret.

Elizabeth II is the constitutional monarch of the United Kingdom, Canada, Australia, New Zealand, Jamaica, Barbados, the Bahamas, Grenada, Papua New Guinea, the Solomon Islands, Tuvalu, Saint Lucia, Saint Vincent and the Grenadines, Belize, Antigua and Barbuda, and Saint Kitts and Nevis. As Head of the Commonwealth, she is the figurehead of the 54-member Commonwealth of Nations; as the British monarch, she is the Supreme Governor of the Church of England.