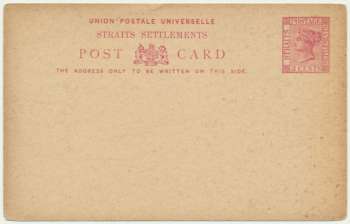 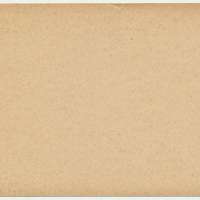 The text and indicium1 are in red.

The indicium1 shows the value of 3 cents.

UNION POSTALE UNIVERSELLE
STRAITS SETTLEMENTS
POST CARD
THE ADDRESS ONLY TO BE WRITTEN ON THIS SIDE.