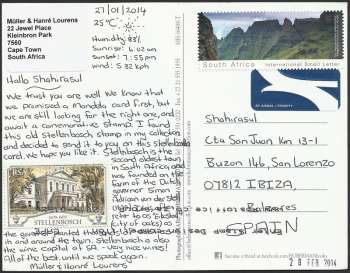 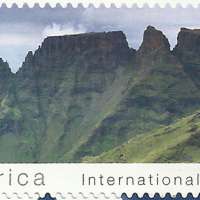 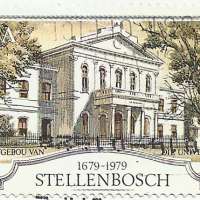 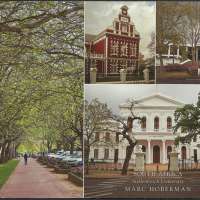 It is quite interesting to learn about the town, from their postcard:
Stellenbosch is the second oldest town in South Africa and was founded on the farm of the Dutch governor Simon Adriaan van der Stell (1679) it is often refer to as "Eikstad" (City of Oaks) as the governor planted thousands oak trees in and around the town. Stellenbosch is also the wine capital of SA. - very nice wines!


Postcard exchanged with facebook friends from South Africa.
Thank you very much to M. and H. Lourens.