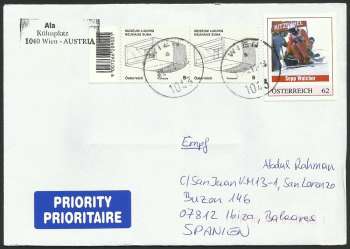 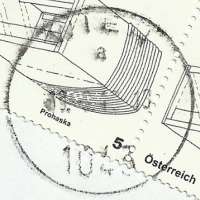 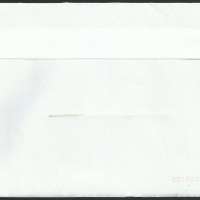 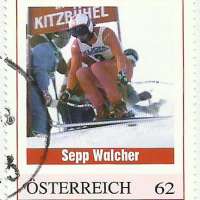 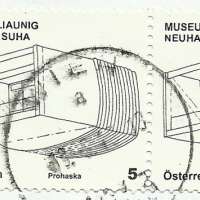 Josef "Sepp" Walcher (December 8, 1954 - January 22, 1984) was an Austrian alpine skier. Born in Schladming, Styria, he concluded his career in 1982 with five World Cup victories and a World Championships gold medal. He was killed in a skiing accident in a benefit race in 1984 at his hometown of Schladming.

A pair of the same stamp. And left-over of the left-side showing barcode.