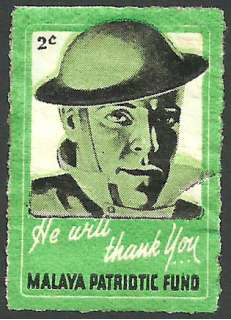 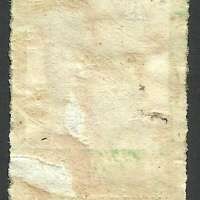 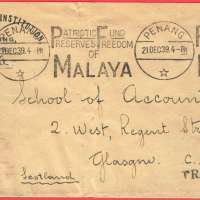 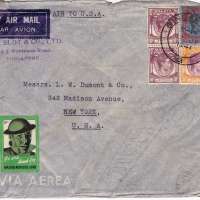 The cinderellas were not used for postage payment but were bought to make a voluntary donation towards  Malaya Patriotic Fund that supported the effort of defense of Malaya during the World War II.