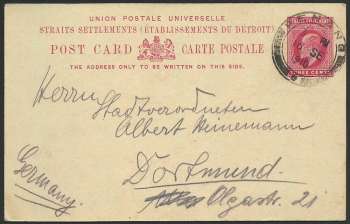 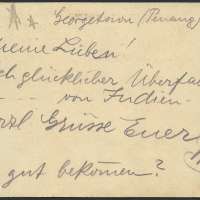 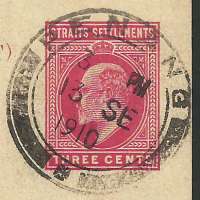 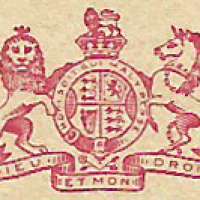 * Texts in red are the ones unconfirmed.

CARTE POSTALE
THE ADDRESS ONLY TO BE WRITTEN ON THIS SIDE.

The coat-of-arms of England was used, NOT of Straits Settlements.

The German text on the reverse of the card was transcribed by Yvan Cyas Torr. Many thanks!