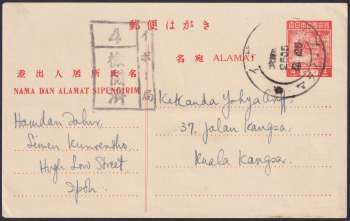 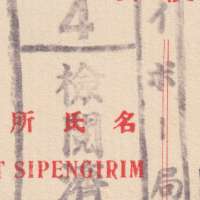 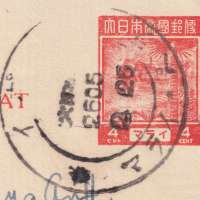 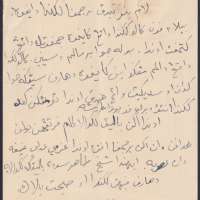 A postal stationery used during the Japanese Occupation of Malaya (1942-1945).

Nowadays, this street is known as Jalan Sultan Iskandar.

The transliteration process was done with help from Wahyun (Putrajaya, Malaysia).

As per my reading, both of them either Jawi or Malay in roman is correct.