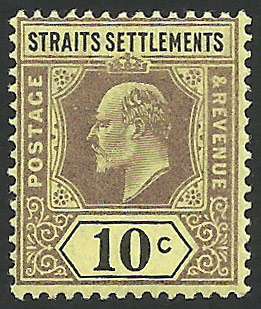 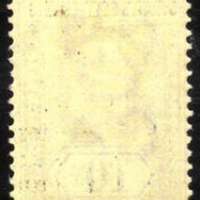 Edward VII (Albert Edward; 9 November 1841 – 6 May 1910) was King of the United Kingdom and the British Dominions andEmperor of India from 22 January 1901 until his death in 1910. He was the first British monarch of the House of Saxe-Coburg and Gotha.

The Straits Settlements (Malay: Negeri-negeri Selat; Chinese: 海峡殖民地 Hǎixiá zhímíndì) were a group of British territories located in Southeast Asia. Originally established in 1826 as part of the territories controlled by the British East India Company, the Straits Settlements came under direct British control as a crown colony on 1 April 1867. The colony was dissolved in 1946 as part of the British reorganisation of its south-east Asian dependencies following the end of the Second World War.

The Straits Settlements consisted of the four individual settlements of Malacca, Dinding, Penang (also known as Prince of Wales Island), Singapore (with Christmas Island and the Cocos Islands). The island of Labuan, off the coast of Borneo, was also incorporated into the colony with effect from 1 January 1907, becoming a separate settlement within it in 1912. With the exception of Singapore, Christmas Island, and the Cocos Islands, these territories now form part of Malaysia.