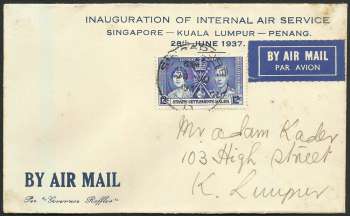 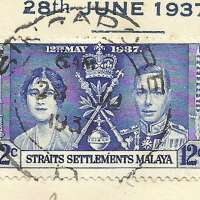 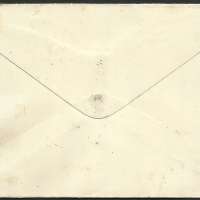 Signs of hinged on all four sides are very visible.

One stamp of 12 cents tied with one CDS cancellation.

The last digit is not too visible, but presumed as D.