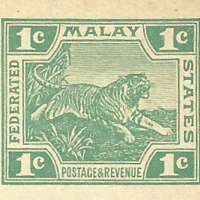 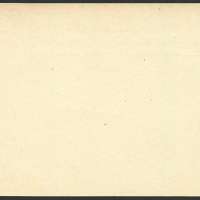 OBVERSE
POST CARD
FEDERATED MALAY STATES
THE ADDRESS ONLY TO BE WRITTEN ON THIS SIDE.

The Federated Malay States (FMS) was a federation of four protected states in the Malay Peninsula - Selangor, Perak, Negeri Sembilan and Pahang - established by the British government in 1895, which lasted until 1946, when they, together with the Straits Settlements and the Unfederated Malay States, formed the Malayan Union. Two years later, the Union became theFederation of Malaya and finally Malaysia in 1963 with the inclusion of Sabah (then North Borneo), Sarawak and Singapore.