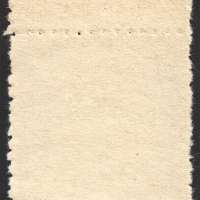 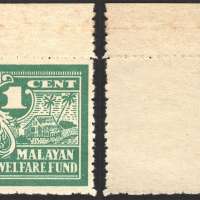 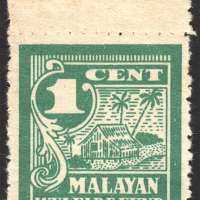 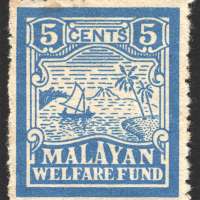 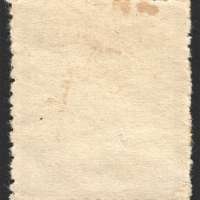 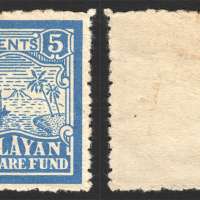 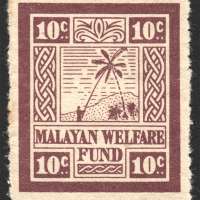 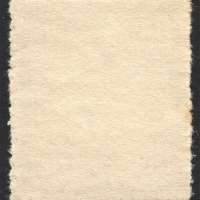 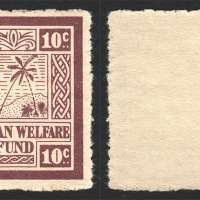 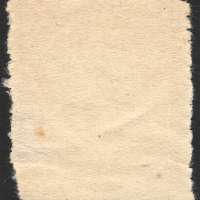 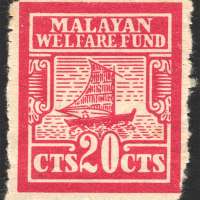 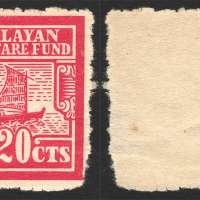 charity stamps were believed to be issued on 18 November 1946 in Penang.
5 cents were available for sale on 10 January 1947 at General Post Office in Singapore. (The Straits Times 8 January 1947, Page 5)