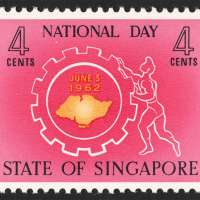 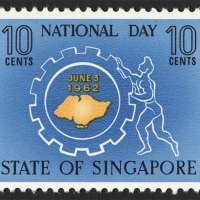 On 3rd June 1962, two stamps with the same denominations as previous two sets were issued. Each had a toothed industrial wheel with a labourer pushing it over a map of Singapore symbolizing of labour's role in building the nation and skilled labour turning the wheel of industrialisation. This set of stamps reflected the Industrialisation and Workforce of Singapore.
COMMENTS
NEW COMMENT