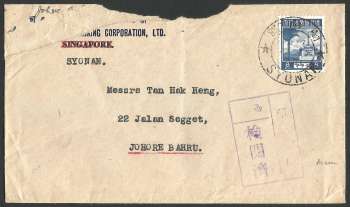 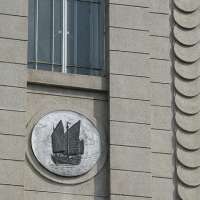 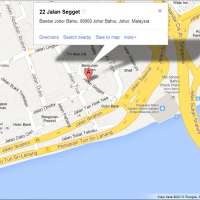 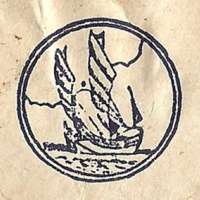 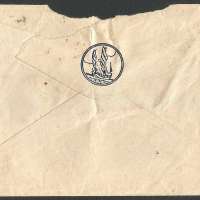 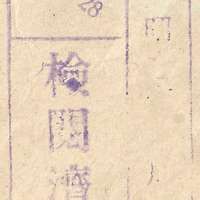 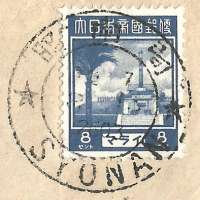 The 8¢ letter rate were issued on 29 April 1943. This was coincided with Emperor Hirohito’s birthday.

Opened from top and big tear on top-left.

On the reserse, a circle and a ship - resembling a modern day logo of OCBC Bank.

The address is still exist today as:

SYONAN.
The address SINGAPORE was cancelled using typewriter by having red character X all over it.

When the Netherlands fell to German occupation in May 1940 the many services which the country had supplied to its colonies stopped. One of the consequences was that Dutch East Indies stamps could no long be printed in the Netherlands. Kolff & Co in Batavia, DEI, had been quality printers for a long time, and were commissioned to print stamps for the Dutch East Indies. They showed that they could produce stamps of an adequate quality, despite not having been specialist stamp printers. So, in 1943, with the Japanese occupying the Dutch East Indies as well as Malaya, Kolff & Co were a logical choice to print the Japanese Malayan issues. They might even have been the only practical option.

All the stamps are printed by lithography, on unwatermarked paper of a poorer quality than pre-war stamp printings. All are singlecolour printings, perforated 12½, so they would have been quick and simple to print.