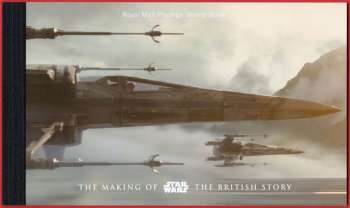 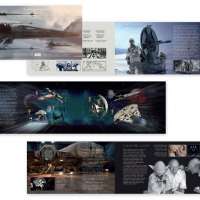 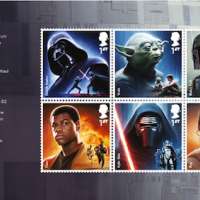 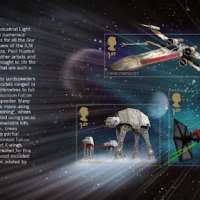 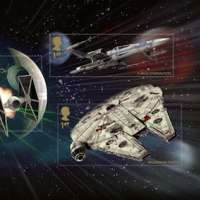 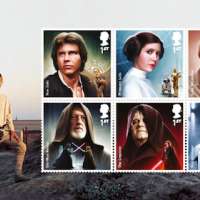 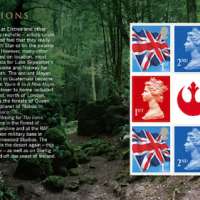 Issued on 17 December 2015 to coincide with the UK release of Star Wars: The Force Awakens, the 26-page Prestige Stamp Book explores the role that Britain has played in the making of the Star Wars saga. It also has five stamp panes which include all 18 stamps from the issue in unique combinations.

Has all 12 Character stamps, the entire'vehicles' sheet featuring the new and classic hardware and also a set that is unique to this book; an Alliance Starbird image surrounded by First Class, Second Class and Union Flag stamps.

In addition to the stamp panes, the booklet features text and illustrations telling the story behind Great Britain’s contributions to the Star Wars film series.The booklet pages shown here feature storyboards and production information. It includes rarely seen imagery, plus facts and images regarding every featured British actor and a wealth of information from Star Wars expert Simon Beecroft.

Panes 1 and 5 contain all twelve of the character stamps from the stamp issue.  Normal PVA gum.

Panes 2 and 3 contain the six Ships and Vehicles stamps from the mini sheet part of the stamp issue. Self Adhesive.