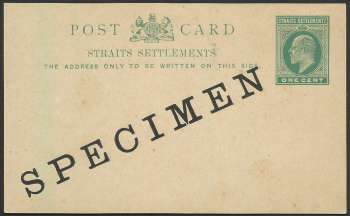 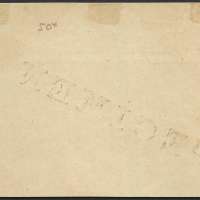 The image of the stamp appears to be King Edward VII.

The text and indicium1 are in green.

The indicium1 shows the value of 1 cent.

POST CARD
STRAITS SETTLEMENTS
THE ADDRESS ONLY TO BE WRITTEN ON THIS SIDE.

Whilst on the image of the stamp:


SPECIMEN on angle across the observe side of the postcard.

The backside of the card appears to be blank.

Card is in good condition.

Spots can be seen.

Signs of lightly hinged on the reverse.