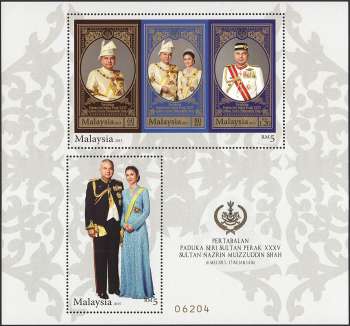 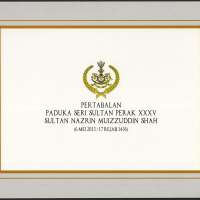 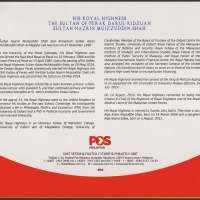 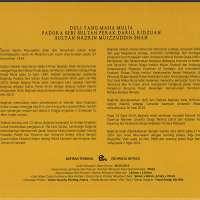 Sultan Nazrin's full name including official titles is as below:

He was appointed Regent of Perak when his father became the ninth Yang di-Pertuan Agong from 1989 to 1994.

As the Sultan of Perak he is also the Colonel-in-Chief of the Malaysian Army's Rejimen Askar Jurutera DiRaja.

Sultan Nazrin of Perak married Zara Salim Davidson at Istana Iskandariah, Bukit Chandan, on 17 May 2007. Sultan Nazrin and Tuanku Zara had known each other for eight years before the wedding.

The first child of the couple, Raja Azlan Muzzaffar Shah, was born on 14 March 2008, followed by Raja Nazira Safya Shah on 2 August 2011.