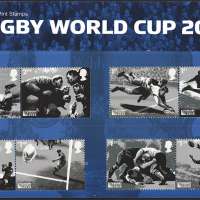 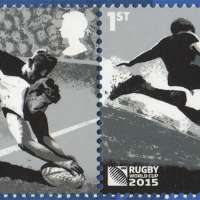 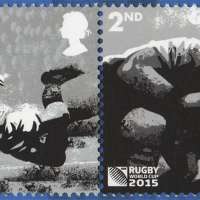 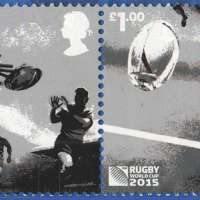 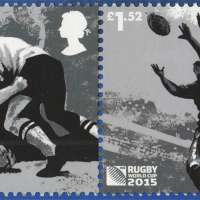 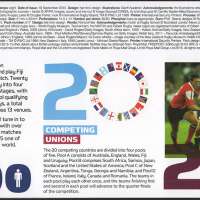 Tackle
In Rugby Union a tackle occurs when the ball carrier is held by one or more opponents and brought to ground. Second Class

Scrum
A scrum involves eight forwards from each team bound together. Its purpose is to restart a game after a minor rule infringement. Second Class

Try
A try – worth five points in Rugby Union – is scored when a player reaches the opposing goal line and grounds the ball on or over the line. First Class

Conversion
A conversion kick is taken after a try is scored, from a point in line with where the ball was grounded. First Class

Pass
In a rugby pass the ball must be thrown from one player to another in either a backwards or lateral direction. £1

Drop Goal
To score one, a player drops the ball to the ground, lets it bounce and kicks it over the bar between the posts, earning three points. £1

Ruck
In a ruck one or more players from each team, on their feet and in physical contact, close around the ball on the ground. £1.52

Line-Out
Consisting of three to eight players from each side, a line-out takes place when the ball has been kicked or knocked out of play. £1.52