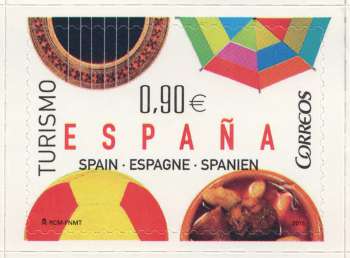 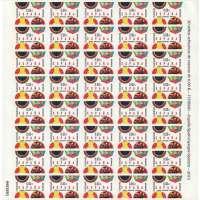 Two new stamps are in circulation in the Tourism series, with designs depicting some of Spain's tourist attractions. Aspects such as Spain's art, culture, cuisine, climate and heritage fiestas offer a wide range of options which have made this country one of the world's most popular tourist destinations.

Since Spain's tourism boom began in the 1960s, mainly thanks to increased spending power among Europe's middle classes and improved infrastructure in Spain, the tourism industry has grown to become one of the biggest drivers of the country's economy. Tourism professionals and official institutions both contributed to this expansion, in which the Spanish Tourism Institute (Turespaña) had an important role. This national body promotes Spain as a tourist destination around the world, with a network of 33 Tourism Offices abroad which work to raise the country's profile.
COMMENTS
NEW COMMENT