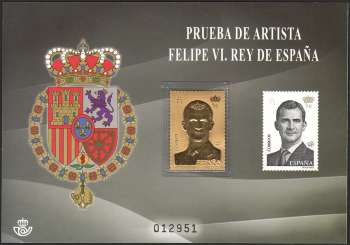 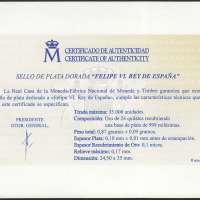 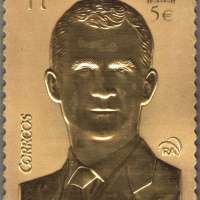 Artist proof of the stamp dedicated to the proclamation of the new king of Spain, Philip VI.

Felipe de Borbon and Greece was born in Madrid on 30 January 1968. After the abdication of his father, Juan Carlos I, on June 19, 2014 was proclaimed king by the name of Philip VI.

Reproduction of the stamp with .999 silver and coated with 24-carat gold.

Technological mode includes Augmented Reality (AR) to capture through the camera of a tablet or a Smartphon and refers to an animation and video on the figure of King Philip VI.