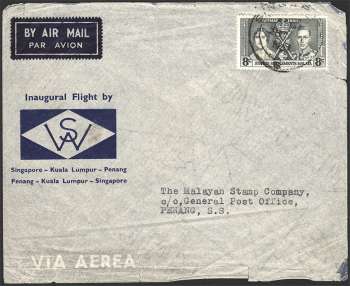 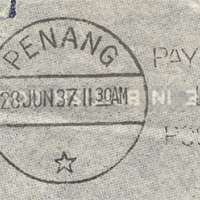 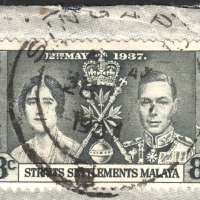 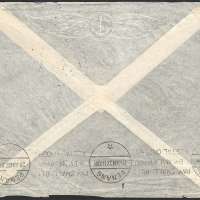 The cover has been tore open at top and the flimsy paper of the envelope shows some area has been disintegrated and two bottom corners with holes. Need to be handled properly.

8 cents being the rate for airmail.