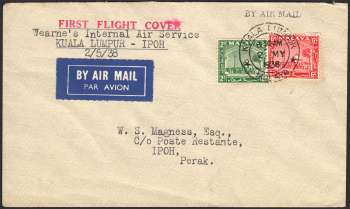 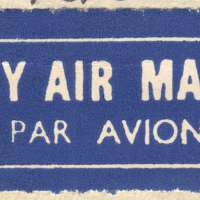 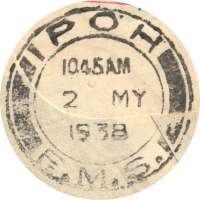 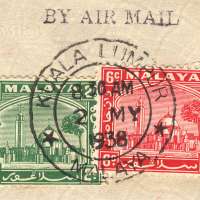 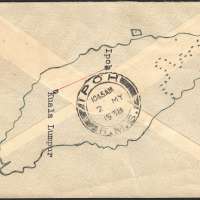 Two stamps of 2 cents and 6 cents tied with one double CDS cancellation.
Stamps of Selangor.

8 cents was the rate for airmail within Malaya.