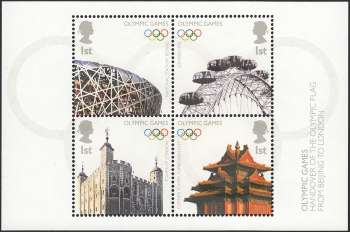 In accordance with current tradition, at the Closing Ceremony on 24 August 2008, the Mayor of Beijing will hand over the Olympic Flag to the IOC President, who, in turn, will present it to the Mayor of London. Faster — Higher — Stronger : London 2012 will endeavour to live up to every aspect of the Olympic motto.
COMMENTS
NEW COMMENT