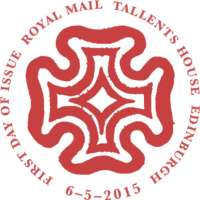 Before 1840, postage rates in the UK were very high and postage was normally paid by the recipient. Charges were based on the distance a letter travelled and the numer of sheets it contained, and there were also numerous extra fees. As a result, few people could afford to send letters. At the same time, a lof mail was carried free. Members of both houses of Parliament had franking privileges, and newspapers were also carried without a charge. With a mixture of paid, unpaid and free letters, the system was complicated and expensive.

In 1837, teacher and innovator Rowland Hill proposed sweeping changes: he recommanded that postage should be reduced to a uniform one penny, based on weight rather than distance, and that it should be prepaid. Merchants supported Hill's ideas and set up a committee to campaign for cheap postage. They were successful, with an Act passed in 1839 to introduce Hill's reforms.

One of Hill's ideas for implementation of the reforms which was agreed after a public competition organised by the Treasury was that of adhesive labels to indicate prepayment. These eventually came to be known as postage stamps. For the design, Henry Corbould was commissioned to draw the Queen's head based on the 'City' medal by William Wyon, which commemorated Queen Victoria's first visit to the City of London in November 1837. The Penny Black, as it came to be known, became valid for postage on  6 May 1840.

Uniform postage was introduced in two stages. On 5 December 1839, an interim measure was adopted so that the public and Post Office staff would become familiar with the concept of charging by weight. The cost was now a uniform 4d letters up to half an ounce to anywhere in the United Kingdom. Within London, the charge was 1d if prepaid. The free franking privileges, however, remained. There was an immediate increase in the volume of mail and, as expected, a decrease in revenue.

Because of this initial success, and even before the means of prepayment were ready, the authorities decided to reduce the rate again and introduce uniform penny postage. The change took place on Friday, 10 January. Hill noted triumphantly in his diary, "Penny Postage extended to the whole kingdom this day!" At the same time, all free franking privileges ceased. The Queen herself had been persuaded by Prime Minister Lord Melbourne to set an example.

The result was an immediate increase of almost 100 per cent in the number of letters posted, with a great proportion being prepaid. Crowds in the main post office in St Martin's-le-Grand greeted the change enthusiastically.

With the new principle of charging by weight, scales were needed, as merchants and private individuals wanted to weigh their own letters. One of the first letter scales for the public was by Henry Hooper, publisher and postal reformer. It has been fixed coin-like counterweight inscribed on the reverse, "For Rowland Hill's Plan of Penny Postage", and it came in different formats. Several other types followed soon afterwards.