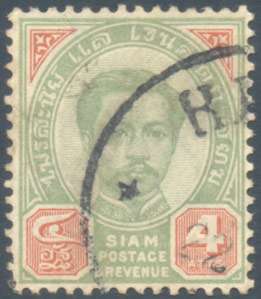 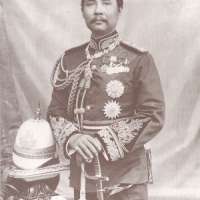 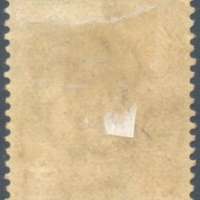 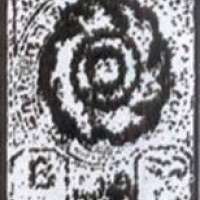 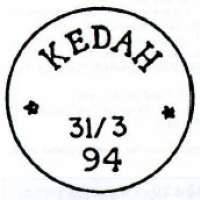 Value: 4 atts
Color: Green & orange-brown
Watermark: Chakra
Issued from 1887 until 1891
Hinge residue on the back.

The postal history of Kedah, according to philatelic experts, started in or around April 1887 to October 1887. First known postmark from Alor Setar post office was 25 October 1887.

It started when Siamese stamps and postcards were sent to Penang in 1887.  During this period of about 25 years, Siamese stamps were used in Kedah for postage purposes. The services were under management of posts and telegraphs department.

Only partial KE was seen and partial date, 22.


Kedah was known Syburi (Thai: ไทรบุรี; Pronunciation: Sai Buri) meaning "City of Banyan" by the Siamese when it was under their influence.

Anglo-Siam Treaty of 1909 made the modern border between Siam and British Malaya. Satun, which was a part of Kedah, and Patani remained in Siam. And Kedah and others were belonging to British Malaya. This border was the result of political struggle between Government of Siam and British Malaya. However, Kedah had controlled wider area before this. The area spread over archipelago along the western coast of Peninsula near the Phuket Island. And Kedah had the characteristics that were different from other Siam tributary states on the eastern coast. In Kedah, many people could understand and speak Thai Language. The Influence of Thai was left well for the name of the places and the traditional entertainments as well. Then, there are people who speak Thai as vernacular at present. These Thai-speakers are "the Samsams" who are Malay Muslims, and the Siamese who are Thai Theravada Buddhists.


Phra Bat Somdet Phra Poraminthra Maha Chulalongkorn Phra Chunla Chom Klao Chao Yu Hua (Thai: พระบาทสมเด็จพระปรมินทรมหาจุฬาลงกรณ์ พระจุลจอมเกล้าเจ้าอยู่หัว), or Rama V (20 September 1853 – 23 October 1910) was the fifth monarch of Siam under the House of Chakri. He was known to the Siamese of his time as Phra Phuttha Chao Luang (พระพุทธเจ้าหลวง – The Royal Buddha). He is considered one of the greatest kings of Siam. His reign was characterized by the modernization of Siam, immense government and social reforms, and territorial cessions to the British Empire and French Indochina. As Siam was threatened by Western expansionism, Chulalongkorn, through his policies and acts, managed to save Siam from being colonized.[1] All his reforms were dedicated to Siam’s insurance of survival in the midst of Western colonialism, so that Chulalongkorn earned the epithet Phra Piya Maharat (พระปิยมหาราช – The Great Beloved King).

Note:
1. Gratitude to Gaz Seksuwan for transcribing the Thai characters.