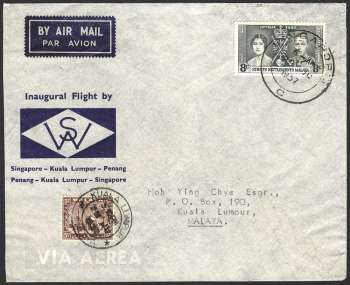 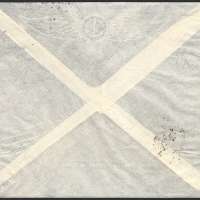 Probably was returned to Singapore on the same day, but with 5¢ cent which was not the rate for airmail postal.

One stamp of Selangor, 5 cents.