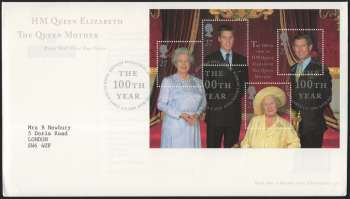 Each individual stamp has the same face value of 27p.