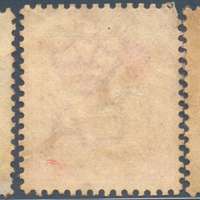 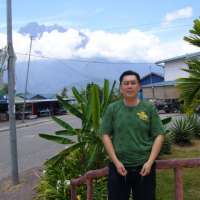 These three pieces along with some fake Dutch coins as well as fake Melaka Sultanate coin was bought at Maritime Archeology Museum, Melaka through a guy named Jason Yoong.

It was on 20 December 2010, I paid RM40 for these three pieces of poor quality stamps after being talked by Jason Yoong whom two weeks earlier sold me 4 pieces of fake coins altogether. I only learnt that the coins were fake in 2012. How unlucky. During this time, I was very naive and do not prepare myself with enough information before going out to buy coins and stamps, easily duped.

Later, after learning from other collectors and sellers, I was told that Jason Yoong is someone that cannot be trusted at all and a swindler. Unfortunately, I have paid him more than RM600.