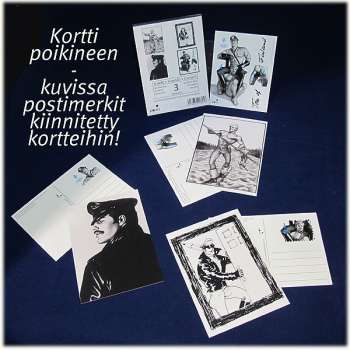 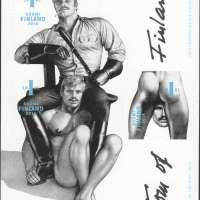 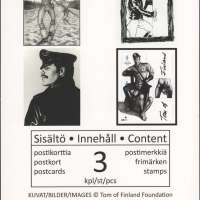 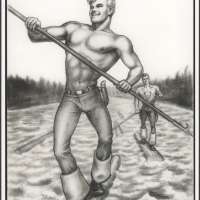 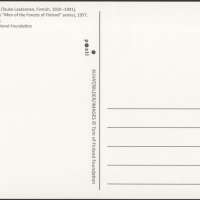 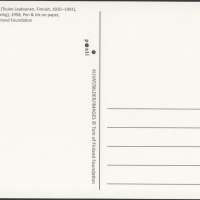 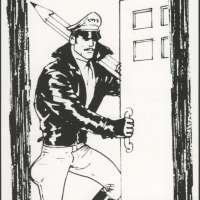 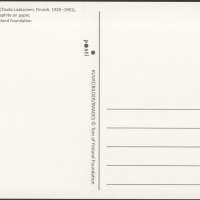 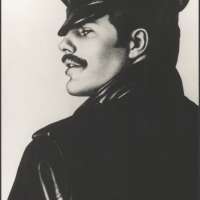 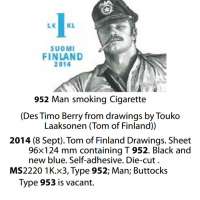 After the stamps went on sale on in September in Finland, Itella Posti Oy reported that it had received pre-orders from 178 countries, and that the range of stamps were the best selling in its history.

The designs come in three eye-catching (not to mention eyebrow-raising) designs, classic Tom of Finland poses featuring strong masculine men with bulging features, and leather accessories: the uniformed man, casually smoking a cigarette, with a naked man at his feet; the view of a man’s naked buttocks from behind as another man gazes at his genitals.

STAMP 3 - shapely buttocks from behind facing another man

The male portraits on the Finnish stamps aren't the most explicit of the artist's work. His art very often pays tribute to a tumescence absent in the images chosen for these stamps.

Matt Hill, editor of Stamp and Coin Mart also says it's a bold move. "Stamps represent a country, and are the most public of media, so they rarely feature strongly sexual subjects."

Finnish postal service Posti said before the launch: "(Tom of Finland's) emphatically masculine homoerotic drawings have attained iconic status in their genre and had an influence on, for instance, pop culture and fashion. The drawings on the stamp sheet represent strong and confident male figures typical of their designer."

Graphic artist Timo Berry designed the stamp range, and said that the stamps signal how far society has come. "It's great that these images, which in the past had to be sold under the table, can now be openly stuck on an envelope or a postcard," Berry told Finnish broadcaster YLE.

Posti reiterated these progressive sentiments in a statement, saying: "Our aim is to keep printing stamps which are in line with our time."

His real name is Touko Laaksonen, born in 1920 and died in 1991 but remains an influential figure in the gay art scene, and is one of Finland’s most well-known figures.

The historian Joseph W. Slade even described him as the "most influential creator of gay pornographic images" of all time, while art collector Harvey S. Shipley Miller describes his influence as "transcendent".

Some 2,000 Finns have signed a petition demanding that Itella Posti cancel its plans to issue the stamps.

"The sexual orientation of the men in the images don't leave room for any interpretation. We don't want Finland to be represented on homeland and international shipping with homoerotic themes," says the petition.

Vitaly Milonov, who was the politician behind St Petersburg’s anti-gay law said he wants Russia’s postal service to return-to-sender any mail which bears the Tom of Finland stamp.

Speaking to the TASS news agency, he said: “They are basically elements of homosexual propaganda, which is banned in our country.”
COMMENTS
NEW COMMENT