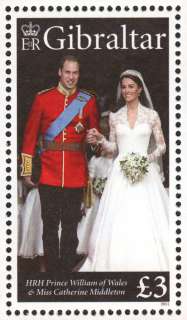 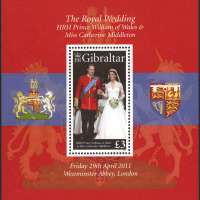 At 11am on Friday 29th April 2011 the wedding of Prince William and Miss Catherine Middleton took place. The venue is the thousand year old Westminster Abbey or to use its formal name - the Collegiate Church of St. Peter, Westminster. The Archbishop of Canterbury, the Dean of Westminster, and the Bishop of London will perform the ceremony together at the magnificent cathedral. Afterwards, a grand procession featuring the newly married couple in the beautiful 1902 State Landau will wind through London on its way to Buckingham Palace. A British Royal Wedding is an occasion like no other. Traditional British pageantry is a sight to behold. The day has been declared a public holiday in the UK and many people here and indeed all across the commonwealth will be looking forward to enjoying watching the ceremony on the television. Since their engagement, announced in November 2010 William and Kate as they are affectionately referred to by the public, have been busy making their own wedding plans. Although a national occasion it's expected that the couple will bring elements of their individual personalities to the marriage celebrations. We have no doubt that the wedding will be everything the British public expects; a superb blend of pomp, pageantry and tradition and this most modern Royal Wedding is sure to be an unforgettable occasion

Back in January 2011, Gibraltar was one of the first countries worldwide to release a Royal Wedding Stamp featuring a an official Royal Engagement photograph of the Royal couple on a magnificent Souvenir Sheet. To complete the collection, Gibraltar has now released a new souvenir sheet with the same format and similar attractive design to the one issued earlier this year but now featuring an official photograph of the Royal couple in their wedding day.

The stamps is the latest issue paying tribute to The Duke and Duchess of Cambridge who have just arrived home after completing their hugely successful inaugural tour as a married couple.

They are said to want to enjoy married life out of the spotlight.

A Royal Spokesman said: “It has been the most incredible first tour. They have had the opportunity to do and see so many amazing new things and meet so many ­inspirational people.

“But they are quite looking forward to shutting down the hatches for a bit now. They will only do one or two engagements a month until Christmas.”

From all the team at World Stamp News we wish William and Kate a happy married life and hope they enjoy their well deserved break after these past hectic months.