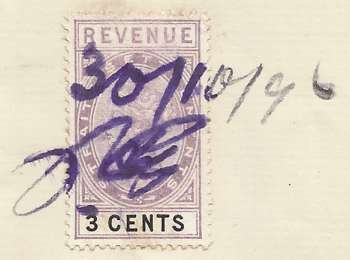 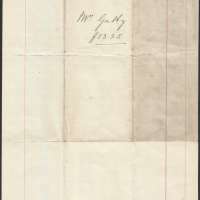 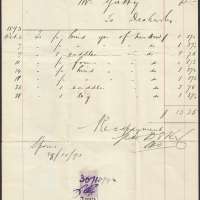 It was invoiced to Mr Gatty having an address at Denkenbr (?) in Singapore.

Could Mr Gatty, the buyer be Sir Stephen Herbert Gatty?

In February 1893 Sir Stephen Herbert Gatty was appointed a Judge of the Supreme Court. He was born in 1849, the son of the Rev. Alfred Gatty, Vicar of Ecclesfield, York, and sub-Dean of York Cathedral ; he is thus a brother of Sir Alfred Scott Gatty, the Garter King at Arms. He was a Scholar of Winchester and New College, Oxford, was called to the Bar at the Middle Temple in 1874, and went the North-Eastern Circuit. In 1883 he was appointed Attorney-General of the Leeward Islands, and from 1885 to 1892 of Trinidad, where he received a Colonial Patent as Queen's Counsel in 1891. He was in the Straits only a short time, being appointed Chief Justice of Gibraltar in 1895, and being knighted in 1904. Mr. Justice Gatty is best remembered here as being the only Judge we have ever had who participated in amateur theatricals and sang a good comic song at a smoking concert.

Notes:
1. Gratitute to the previous owner, Mr Goodman, for the transcription text. It was really helpful as I was not able to read the name, and some of the related transactions.
2. Address is still unknown.