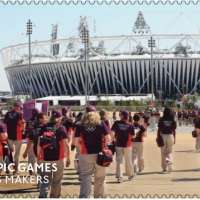 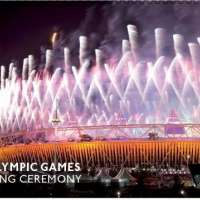 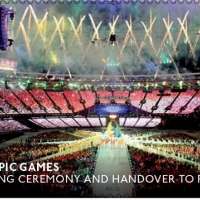 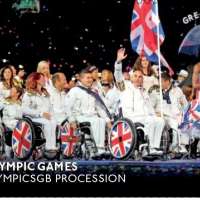 £1.28 – Paralympic Games Opening Ceremony -
Fireworks light up the night sky above the Stadium.

£1.28 – Olympic Games Closing Ceremony and Handover to Rio -
An image of the inside of the Stadium where all the athletes formed the shape of the Union Flag.