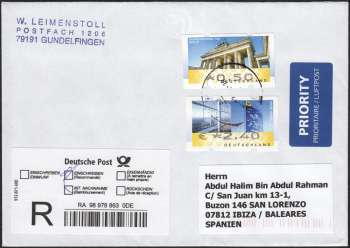 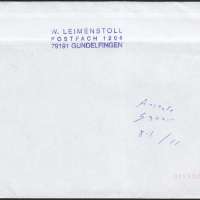 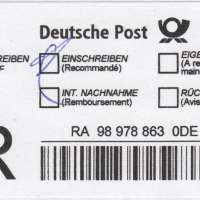 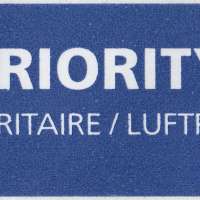 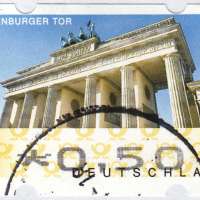 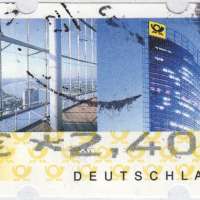 Too faint to be able to read.

It is located in the western part of the city centre of Berlin, at the junction of Unter den Linden andEbertstraße, immediately west of the Pariser Platz. One block to the north stands the Reichstag building. The gate is the monumental entry to Unter den Linden, the renowned boulevard of linden trees, which formerly led directly to the city palace of the Prussian monarchs.

In 2008, Deutsche Post released two new designs for use ATMs in Sielaff vending machines installed around the country.

The new designs show images of the Brandenburg Gate in Berlin and Bonn Post Tower, and was available through Sielaff distributors from 24 October 2008.

Along with the change of rolls on computers was also a change in the configuration of printing they do. Thus, the impression of the face value that to date was made in the top of the label and included the Euro symbol, with new emissions moves to the base of the label, and no longer includes the symbol.