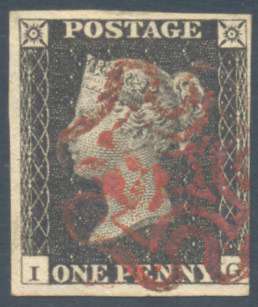 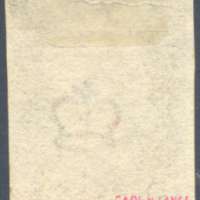 The UK's 1840 issued Penny Black is the first stamp in the world. It was designed by Rowland Hill, who proposed the reform of the British postal system. He was called the Father of the Postage Stamp.

Before the Penny Black was issued, post offices had to take payments for mail delivery in cash. People had to wait in line to deliver every piece of mail. Postage was charged by the number of letter papers and the amount of distance traveled. Following Rowland Hill's suggestion, a letter was wrapped in an extra piece of paper (envelope) and an adhesive stamp was attached to indicate the prepayment of postage. The stamp was the Penny Black.

The picture in the stamp shows Queen Victoria, based on a sketch of her by William Wyon when she visited London in 1837. The Penny Black Stamp was only used for one year because the red cancellation mark was hard to spot on its black background. As a result of this, nine months later, the stamp was reprinted as a red stamp so that the black cancellation marks were easier to see and harder to remove.