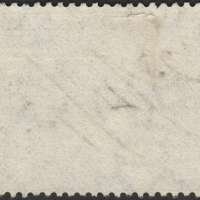 Marine Policies were issued to tax insurances on shipping cargoes and started to be issued since 1869.

Stamp duty on marine insurance was fixed for Great Britain and the Colonies by Act of Parliament, The Straits Settlements being taxed immediately after its Crown Colony status was confirmed in 1867. Rates were fixed at 6d. per £100 or part thereof for any time, but not exceeding one year.

The local currency conversion for the Straits Dollar was 1d. to 2c., hence 6d. per £100 equated to 12c. per $480. If applied locally to multiples of $500 the rate would be 121⁄2c. There are therefore two series of Marine Policies stamps based on the 12c. rate (for documents drawn in Sterling) and 121⁄2c. and multiples for documents drawn in Straits Dollars. Stamps of 8c. and multiples might have been used, as the rate or policies at 4d./£100 were for shorter time periods, but this is unconfirmed. There are 40 values of the Marine Policies stamps and until recently it was thought that a full set had not been assembled.