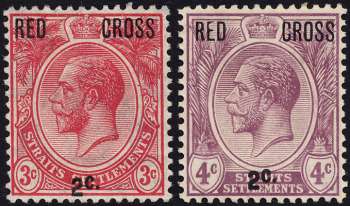 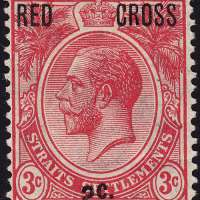 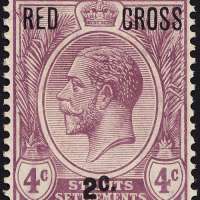 On and after May 1, 1917, Straits Settlements stamps of the values of 3 cents and 4 cents surcharged "Red Cross 2 cents." costing 5 cents and 6 cents respectively, will be on sale at all Post Offices in Singapore. They will be valid for the prepayment of postage for an amount not including the surcharge of 2 cents, on correspondence addressed to any place within the Colony, the F.M.S., Johore, Kedah, Kelantan, Trengganu, British North Borneo, Sarawak, Ceylon or the United Kingdom. The purchase of these stamps is optional, but the surcharge of 2 cents will be devoted to the Red Cross Fund.